How to Unblock a Shower 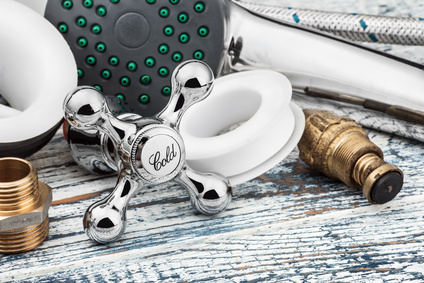 15 Nov How to Unblock a Shower

Posted at 17:24h in Articles, Our Services by admin

There’s nothing more annoying than standing ankle deep in tepid water when taking your shower: Having a blocked shower or bath waste can take the pleasure out of your morning routine and can also be quite unhygienic. While there are lots of products out there that are marketed for unblocking sink, shower or bath waste pipes, did you know that a lot of these products can actually be quite harmful to your pipes? The harsh chemicals can erode sealant and even the inside of your pipes, causing you bigger problems later on.

Get Your Hands Dirty

(We recommend wearing rubber gloves). As most blockages are usually caused by a build-up of hair and soap scum, manually pull out any visible debris and then test if it’s all gone by running the hot water. If there’s still a blockage, you can then try using a:

The humble plumber’s snake might not look like much, but it’s fantastic at finding and removing hard to reach blockages. Simply hold the plumber’s snake by its handle, then feed the long, thin, wire down into the plughole. Once it’s gone as far as it can, move it around to catch any blockages that might be there, then carefully pull the wire back up. Any debris should come up with it.

If all of the above has failed, then it’s time to use some chemicals, but this time, of the safer, homegrown variety. You can use a mixture of white distilled vinegar and bicarbonate of soda to shift blockages. Simply:

If your bath or shower is still blocked, then you’ll have to use some more powerful chemicals, such as sodium hydrochloride, which can be found in most supermarkets.

Please always read the manufacturer’s label and use with caution.

If there’s still a blockage even after using a chemical unblocker, then you should call a professional plumber.